Still picking rocks this week… Some are small and some are massive! Just can’t believe how big they get, it’s amazing how much talking to myself about the size of the rocks I pick up – as I pick them up. Followed by a tractor which I hurl my rocks of various sizes into and try not to make too much of a grunt. However, after a while everyone is grunting.

I have never felt so feminine.

Hence the nail shot – even after I shower I cant get the dirt out of my nails and now I’m just thinking there’s no point making an effort anymore as it gets just as bad the next day.

Have been trying to wash my hair each day afterwards too – but again, seems like a waste of energy. So I just wear my cap or hat (depending on the weather) and hope my hair gets covered up. I’ll wash it tomorrow though – may even be an end to this picking!!

I’m so physically tired by 6pm it’s ridiculous. Can’t barely move. And so damn hungry! So I eat and hope that 9pm arrives so that I can go to bed at an acceptable time.  I still check the sunset time on my phone each night but, after all the stresses of last night sleeping scared – last night I was very calm. Probably just too tired.

Today was a little different – there’s a new calf on the ranch so the job is to tag it. I joined the men all excited.

Completely ignorant to the fact it’s dangerous and difficult.

These are longhorn cattle – and Mama was pretty defensive. Thank God Papa was at a different ranch. We chased them and tried to separate them, this is a big ranch and the cattle are pretty wild so we were running through bushes and trees. Occasionally the other cattle joined in which really intimidates.

I have so much respect for Cowboys now.

I was no help of course, I chased and tried to group the other animals away but at one point the calf and I made eye contact to which he just suddenly bolted towards me and I ran away yelling ‘shiiiiiit’.

Lots of help there.

I like that the cattle here have a lot of freedom but when you do need to control them – it’s a tough job. 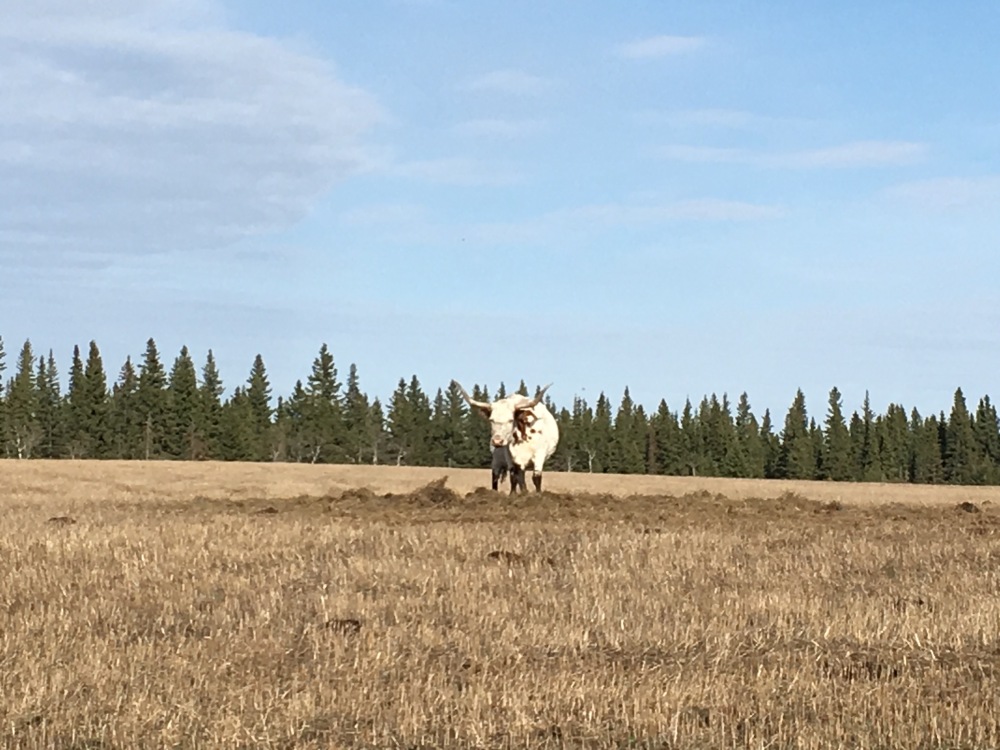