As a world nomad, traveller, vagabond or more-than-likely the much less romanticsized version of just someone who doesn’t like living in one place for too long… learning of new cultures is one of the best highs one can experience, and not only that, but experiencing these different cultures makes the world seem such a rich and impressive place to be…

I’m at school right now, my French Language school where most of my colleagues are French-African immigrants who have come to Canada to have a better life and more work opportunities.

Anyhoo, this isn’t about them. It’s about me. And my funny experiences and why I find them funny enough to write about. With photos from my trip to Beijing back in 2014. 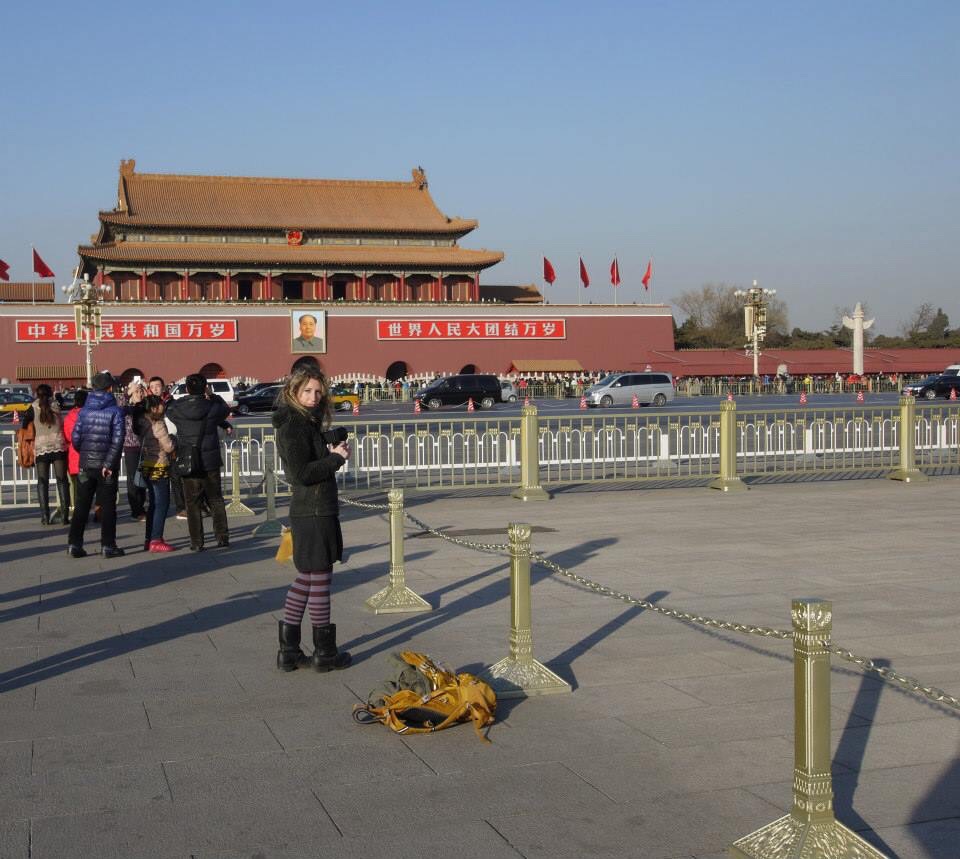 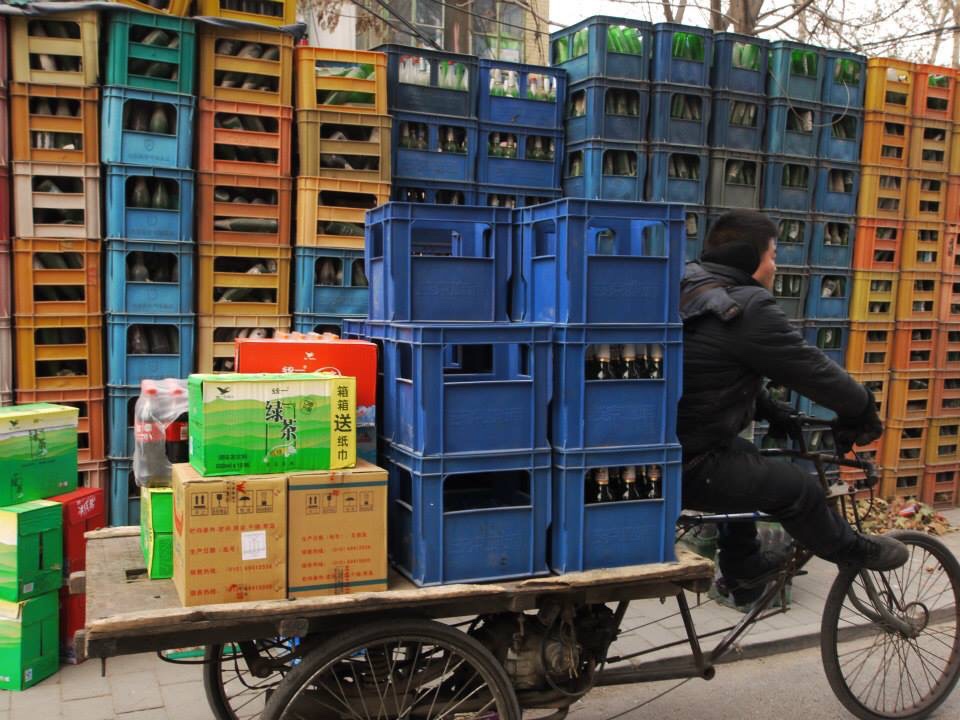 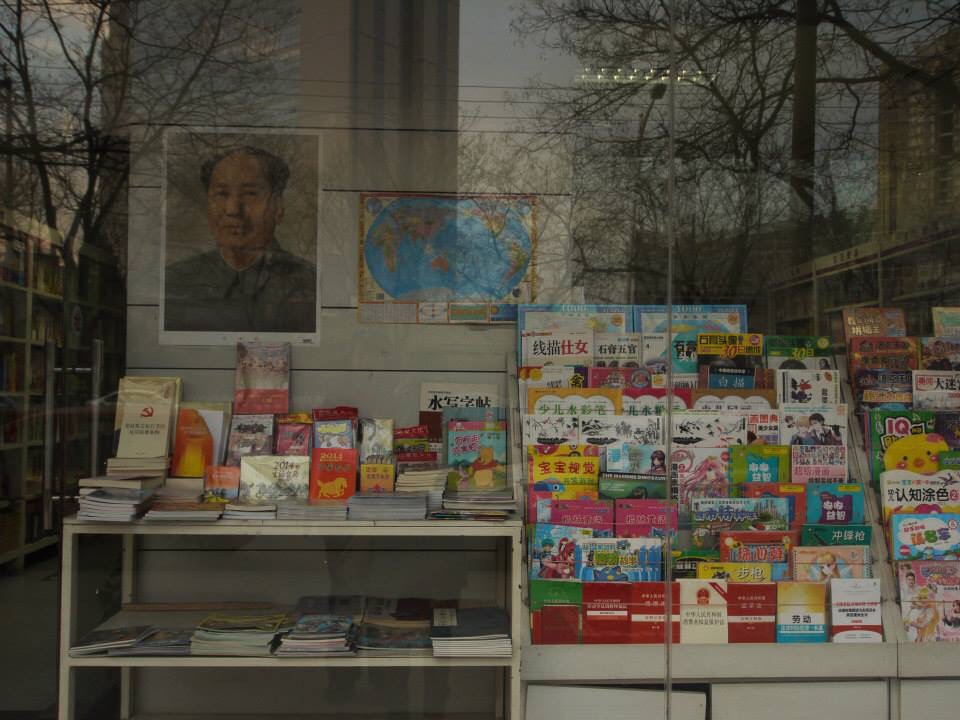 I overheard one of my colleagues speaking to the building manager over a new door that had to be put in the following day, being native French speakers, there was a little confusion and some repetition needed to cover certain details and what not (yes, I could have helped but I didn’t want to seem patronising by taking over).

Very quickly, a joke was being made about it being the last afternoon with that door, and even faster was acknowledged, laughed at and developed further. Both men were now making sarcastic comments and laughing at this clearly now-famous problem causing door. It made me smile.

Even with a lack of mutual language, these two men were able to understand each other through comedy. Lovely.

It made me think of a couple of situations where comedy or a cross-over of cultures made a bit of an impression.

I think the best one I have is a few years ago on a trip to Beijing. I travelled over Christmas and New Years to visit a friend, only coming from Taiwan myself it was a nice holiday break to spend time with a fellow non-holidayer. A Canadian whom I met in Taiwan, and am still very close with. We were joined by another Taiwanese friend for several days in the second half of the trip. 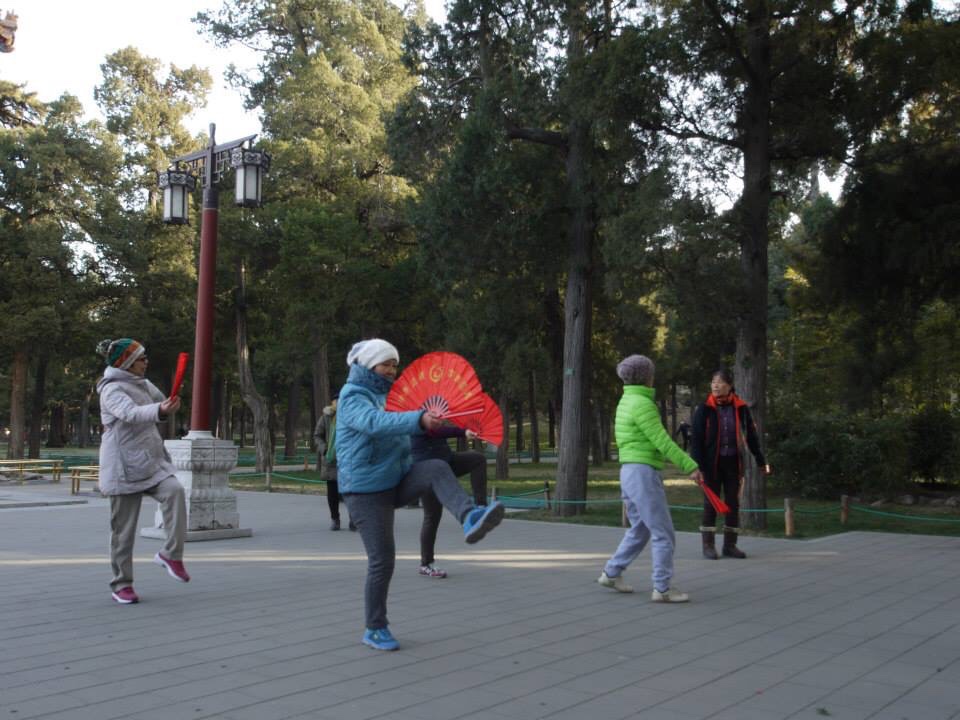 One night we went to a restaurant, specifically a Uighur restaurant, which is a predominantly Islamic-Turkish region in the north-west of China. We wanted to try something different. It was a busy restaurant at the beginning, lots of good food, cold beer, cigarette smoke and dishes being fired up… eventually the crowds left and the 3 of us were still there chatting away and drinking with only the restaurant workers and their friends or family hanging out. We spoke mandarin in our accents and they spoke it in theirs… body language helped communication flow.

There was one small TV on the left corner of the main wall, and we started watching the show that was on. It was a Charlie Chaplin film, I thought ‘great! no language needed!’ 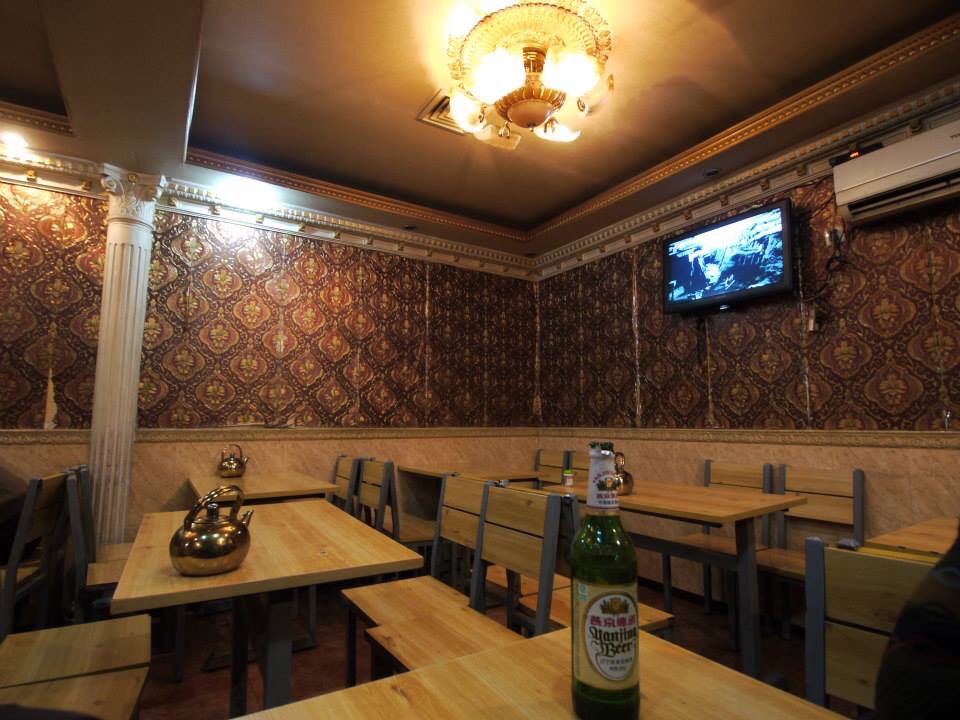 And sure enough, not long after, everyone in the restaurant was laughing out loud at good old silent film – we were united. All finding the same parts funny, glances were shared, smiles were exchanged and a genuine feeling of ‘connectedness’.

In fact, on that same trip, we had an incredibly inspiring Christmas Day.

My friend and I were invited to have Christmas dinner with her students; a Syrian family who had settled in Beijing for the time being. She taught the children English.

I was excited to experience Syrian food and culture as I had never met anyone from that part of the world yet. It was also a nice opportunity for two women who missed the holiday season from their childhoods and found it too painful to ‘try’ to enjoy in adulthood. Christmas eve in a sex shop of downtown Beijing anyone? Sure! (I have the key-ring to prove it).

To our surprise, we were greeted by red and green decorations around the very swanky apartment, American holiday songs coming out of the speakers and 4 very enthusiastic ladies wearing glitter and ushering us to admire their first Christmas tree. 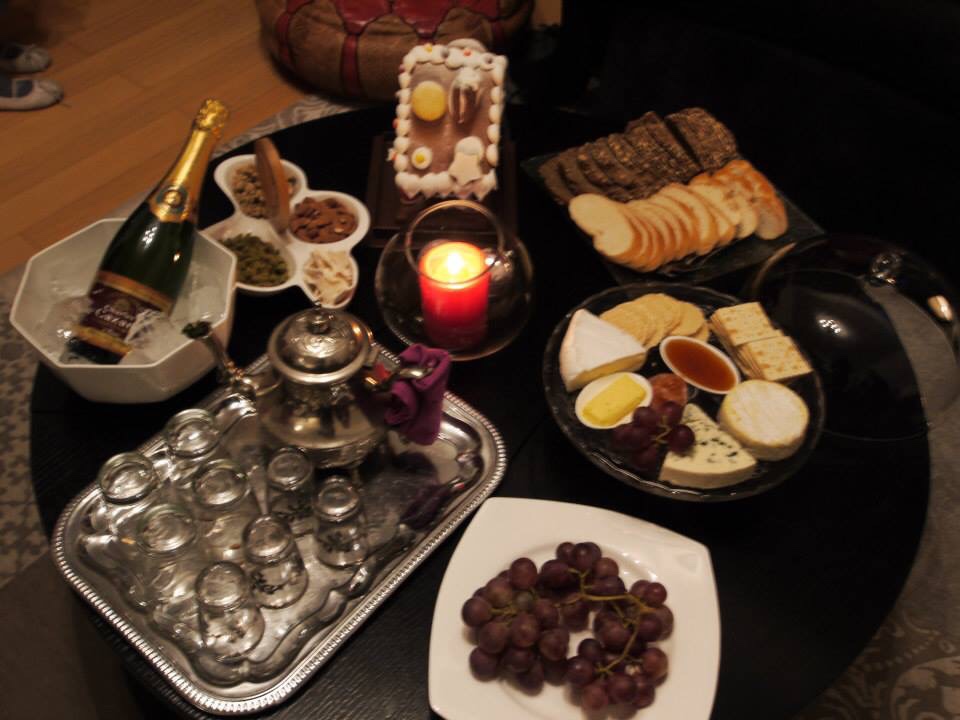 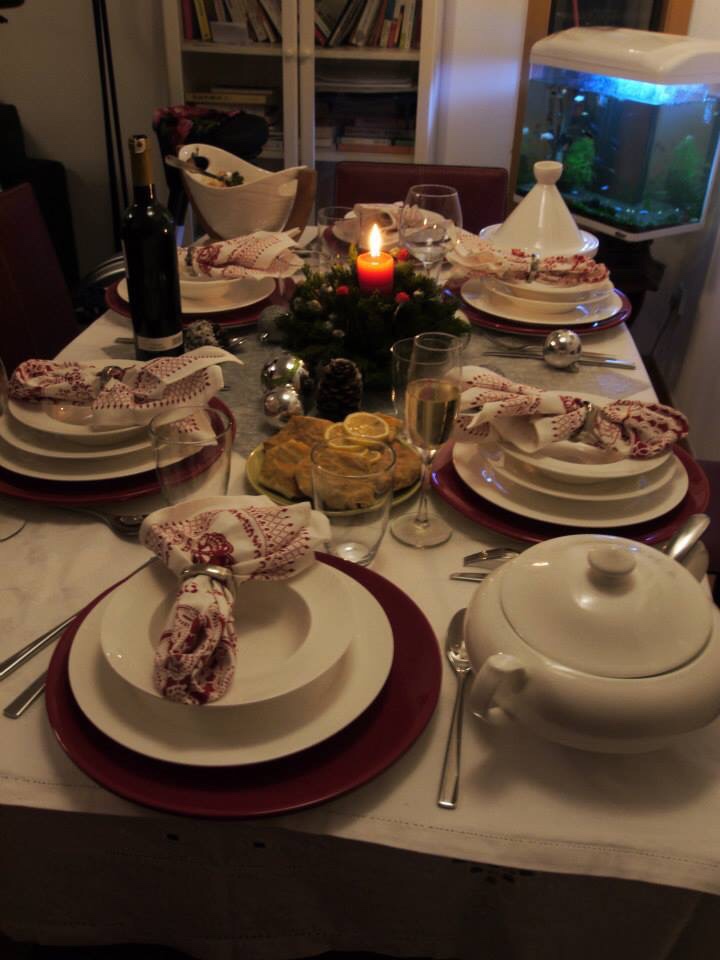 So much food, not only did we have turkey, traditional vegetables and necessary condiments but they took it upon themselves to make every traditional western dish they could think of, ginger bread houses, pies and various other dishes I can’t even name.

Yet the husband and eldest son still ate separately, not before disappearing suddenly and missing the ever so dramatic visit by Santa Claus himself, who had brought everyone presents and allowed the children to sit on his knee. It all went very well until the youngest child (my friend’s student) actually mentioned the odd similarity between Santa Clauses’ slippers and her own fathers…who was in fact, missing this great event! Needless to say, Santa suddenly had other children to visit and after some quick goodbyes, we returned to yet more wonderful food.

That night, my friend and I felt so full in our hearts we couldn’t stop smiling the entire way home, which we walked, as our stomachs were in competition with the fullness of our hearts. Not a bad Christmas at all, in fact, a very nice one for a long while. 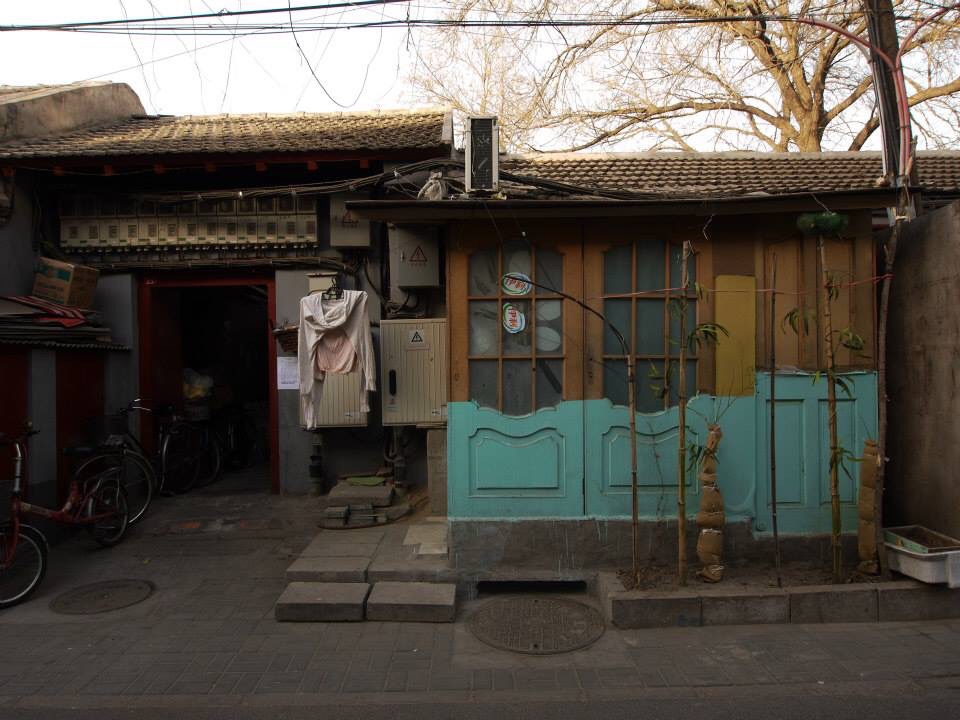 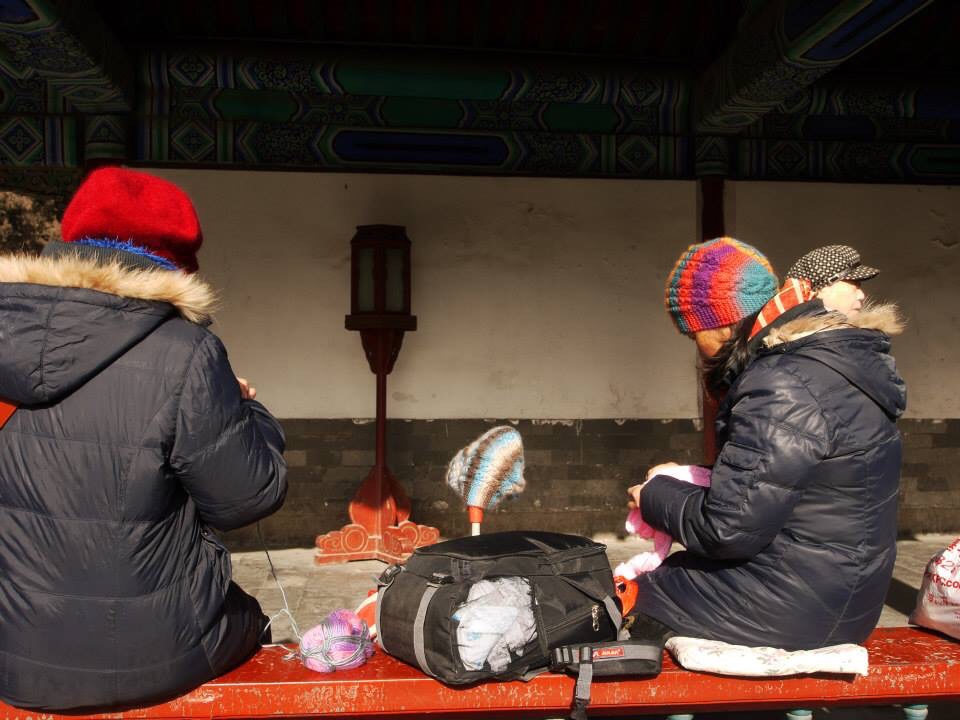 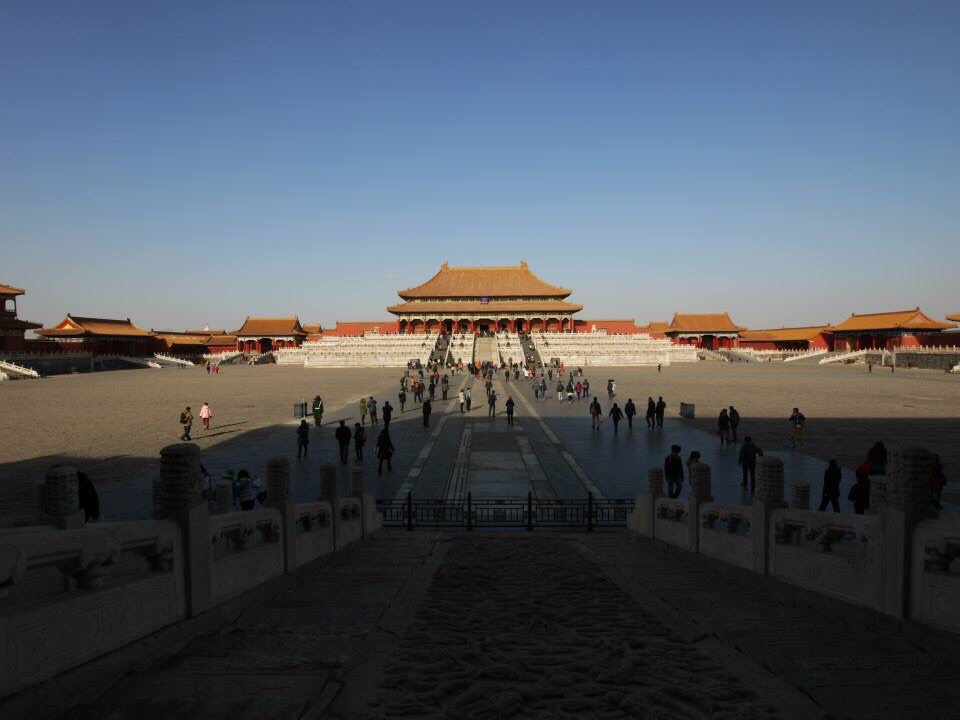 My last story is more about an exchange of language rather than culture (but still funny so I may as well add it to the mix).

When in Paris this winter, I was walking with my Japanese friend looking for a place to grab brunch (as you do in Paris) and we were discussing the fact that often people simply assumed that she was Chinese, not Japanese. I thought it strange but we just kept walking, looking for an appealing and within-budget café.

A man standing at the doorway of (presumably) his middle-eastern restaurant was saying ‘bonjour’ in a friendly yet professional manner at all passers-by.

As we stepped into the role of passers-by, he looked at me said ‘bonjour’, and after having quickly glanced at my friend he decided ‘Ni hao’ was the appropriate comment.

If there was ever a day I needed proof of her theory, this was it.

We had a laugh, I bowed my hat to her and we eventually filled our stomachs with Brunch food.

The experience was not over.

On our walk back to the metro station, a rushed woman came over to us with a clear focus in mind. Whatever it was.

In French, she began her quest.

“She speaks Chinese?” To me, pointing at my friend.

“No. Why?” I reply. Already smiling at yet another example.

“Are you sure she doesn’t speak Chinese?”

My friend chimes in, “No, I really don’t speak Chinese”.

“How come she doesn’t speak Chinese?” To me, ignoring my friend.

“Because she’s Japanese”, “Yes, I’m Japanese, not Chinese” We both explained, an element of joyful frustration in our tones.

I laugh, “no, madame, it’s not the same thing, they speak completely different languages.” I replied to her disappointed and yet still confused expression.

I decided to add further confusion. “But, I speak Chinese”.

As she mumbles still questioning our reality, eventually she explains to me that she’s spotted a hard working Chinese man (in construction) and wants to ask for his contact details.

Thinking I could be a good citizen, I figured I’d try to help.

I walked other to the Chinese man and started to think about the vocabulary I would use to politely communicate to him that this lady wanted his details so that she could eventually hire him.

As I’m trying to talk to the poor man, I start to second guess myself ‘wait, what if HE’s not Chinese, either??’ Until very quickly I heard him yell ‘What?’ In undeniable Mandarin.

So I start to explain, in rusty mandarin that this lady over there wants his number as she likes the work and would like to –

He’s already back into his work, not really listening (definitely a hard worker) – then I realised that there I was, in Paris, trying to negotiate with a stranger in mandarin to work for another stranger, and wasn’t getting much result.

I sheepishly said ‘mei guan xi’ – never mind, excused myself and slunk off to my audience of this confused lady and my friend obviously trying not to laugh.

“Sorry, I can’t help you. Good luck though”.

After one more attempt to ask “are you sure she doesn’t speak Chinese?” as we walked away, I glanced behind me to see that she was now attempting by herself to communicate with the hard working man, waving her phone in his face saying ‘Number?? – Give me.” Now in English. Ahhhh, the international language. 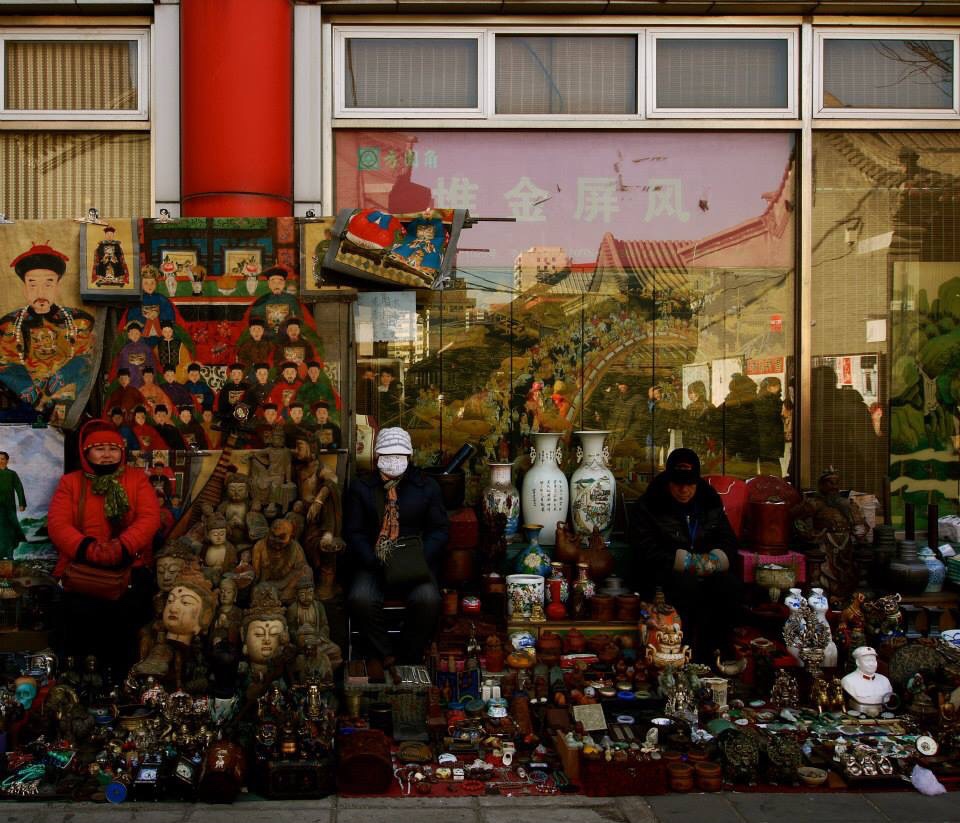 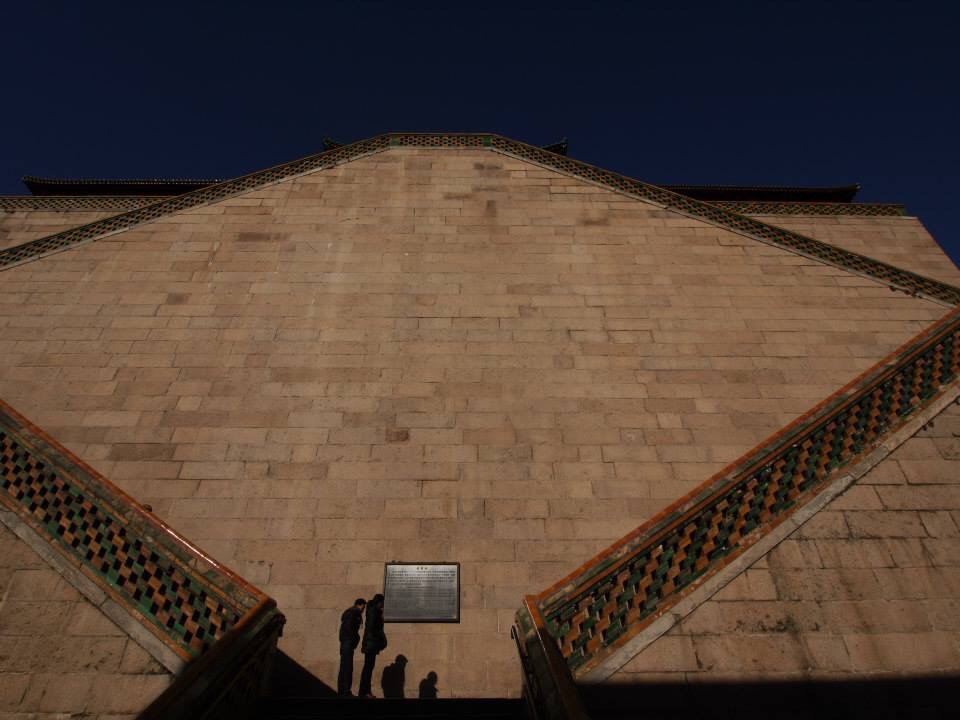 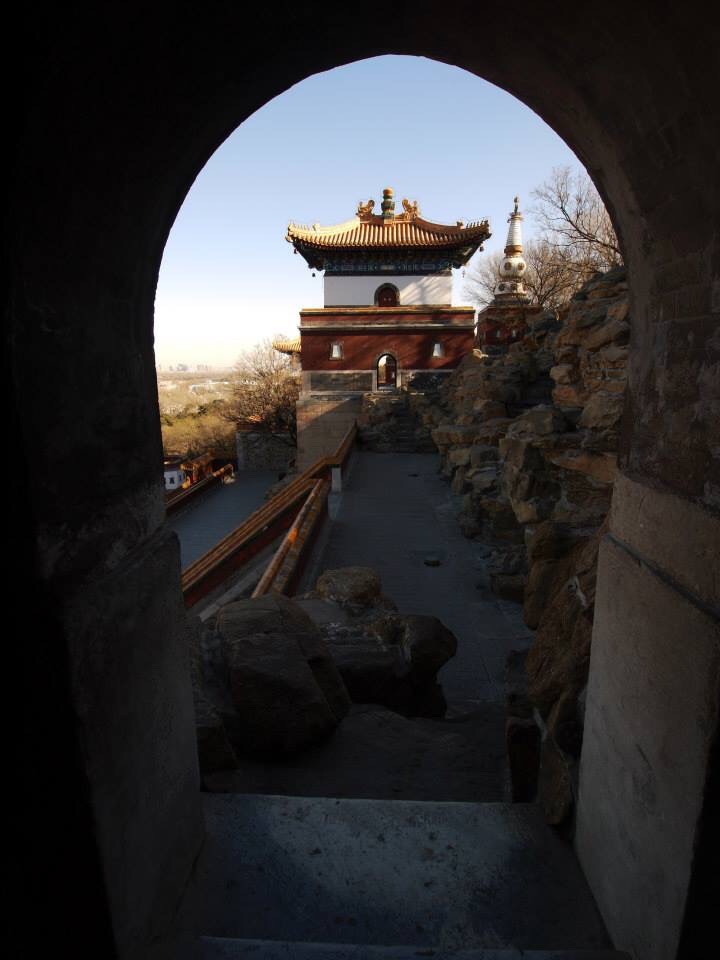 Languages are fun, and culture is ridiculously interesting.

And humour makes everything so much better, world-wide.

It’s so wonderful to laugh with differences, enjoy and learn from them. 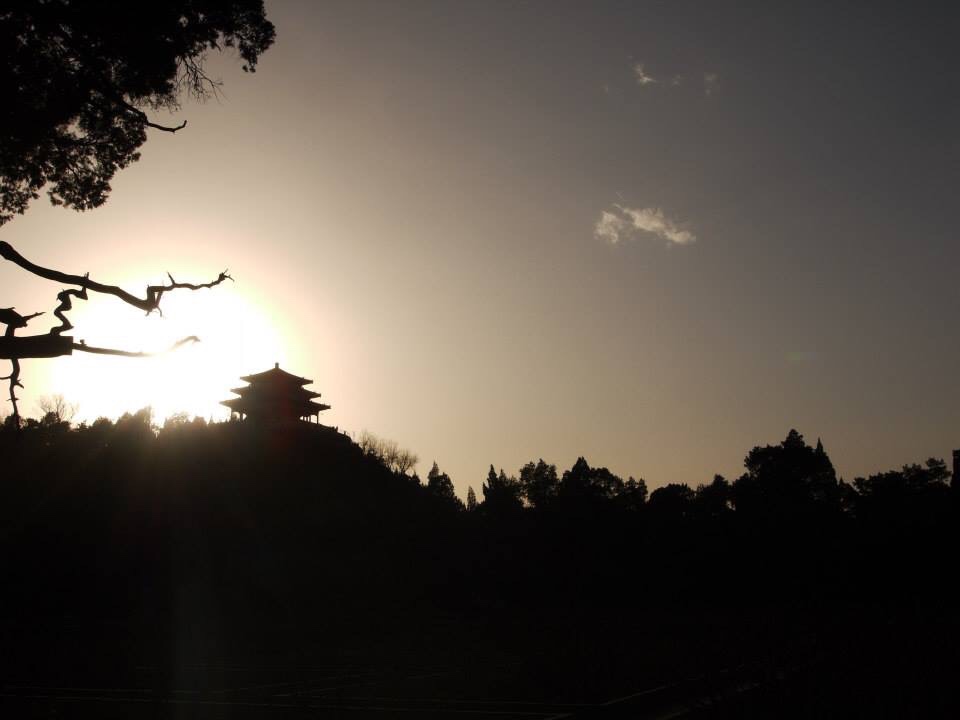 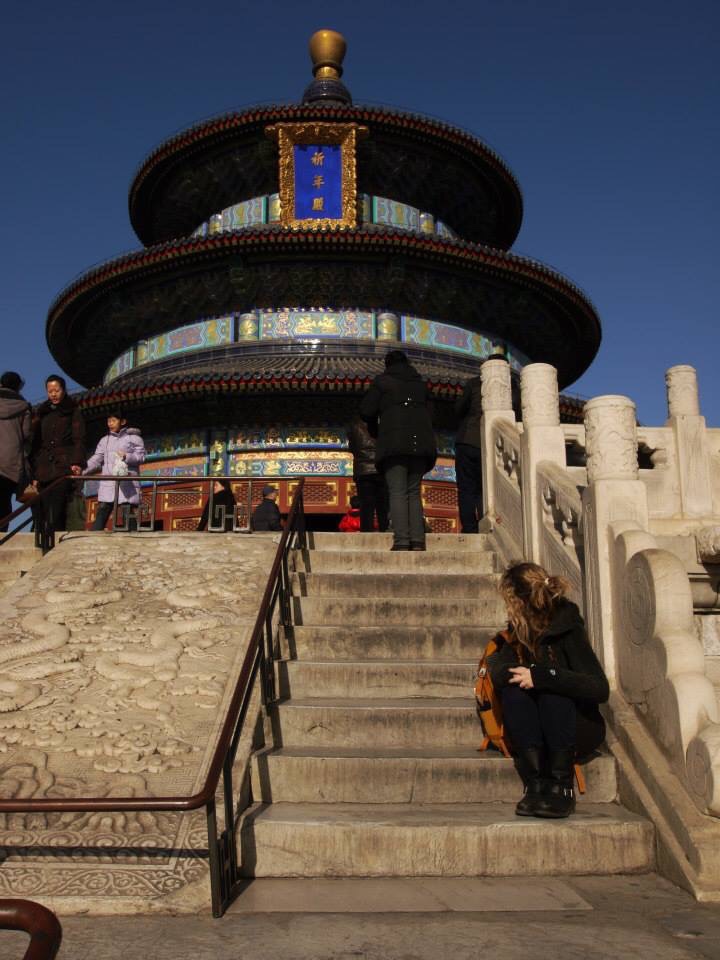